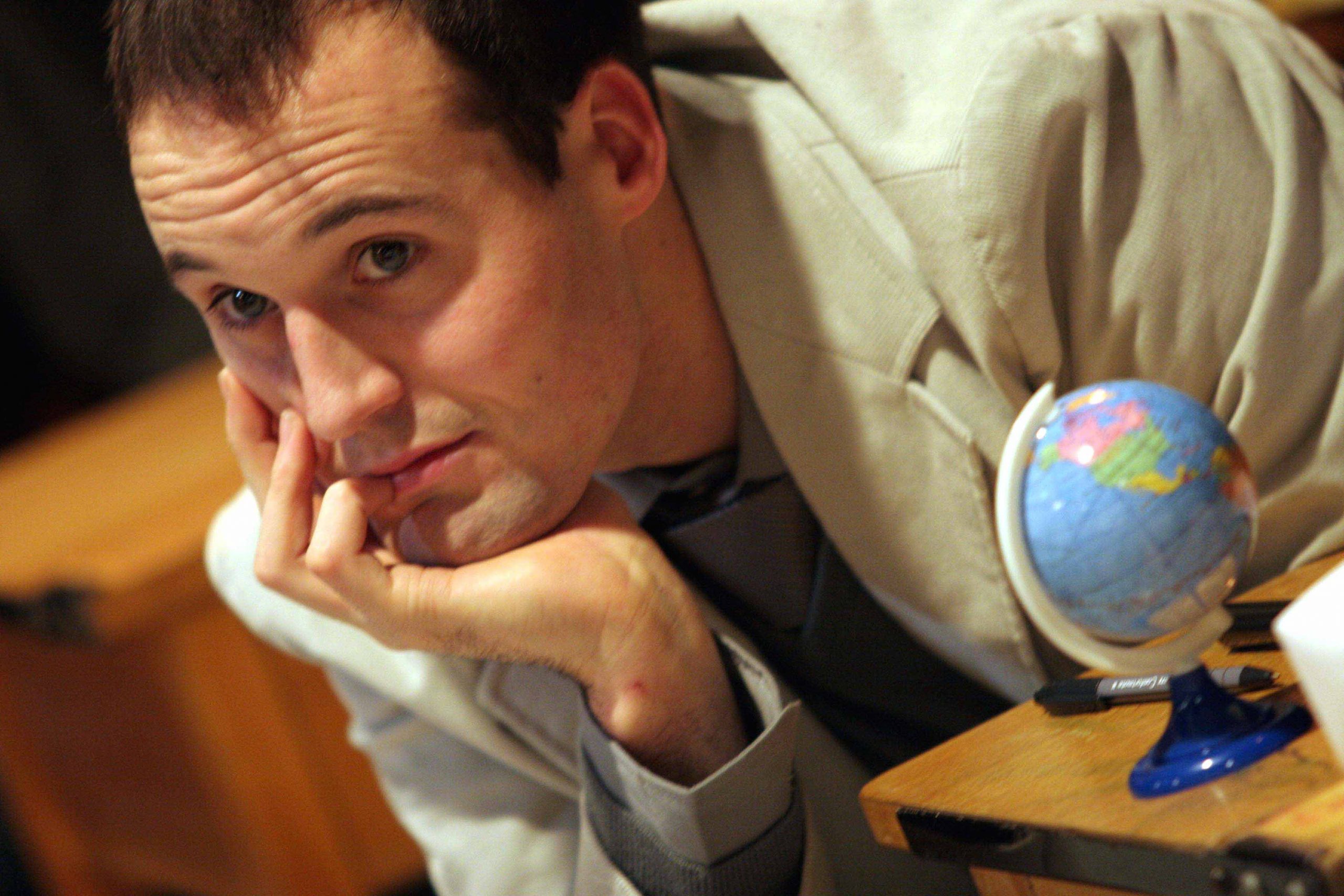 The Pink Bits was the 2004 winner of the Oxford Samuel Beckett Theatre Trust Award.  It ran for three weeks at the Riverside Studios in November 2004.

inviting the audience into a world of disintergrating facts, shifting maps, and multiple versions of events… where Truth is constantly rewritten

a poppy-field of innocence and guilt, individual and nation; an intimate exploration of power and accountability.

And a teacher in crisis, plagued by dreams of colonising minds,
obsessed with the elusive nature of fact,

increasingly unable to say anything

The history lesson will begin… Combining a clever theatrical imagination with a questioning and timely social consciousness, The Pink Bits is no little achievement. Bitingly funny parallels are suggested between Britain’s education, government and military systems, popular and political culture and, most critically, the occupation of foreign countries, then and now. The cast is game and gifted, the production itself intriguing and unsettling.

It’s impressively done – intelligently directed by Sarah Levinsky, with excellent lighting and sound work and committed performances all round. 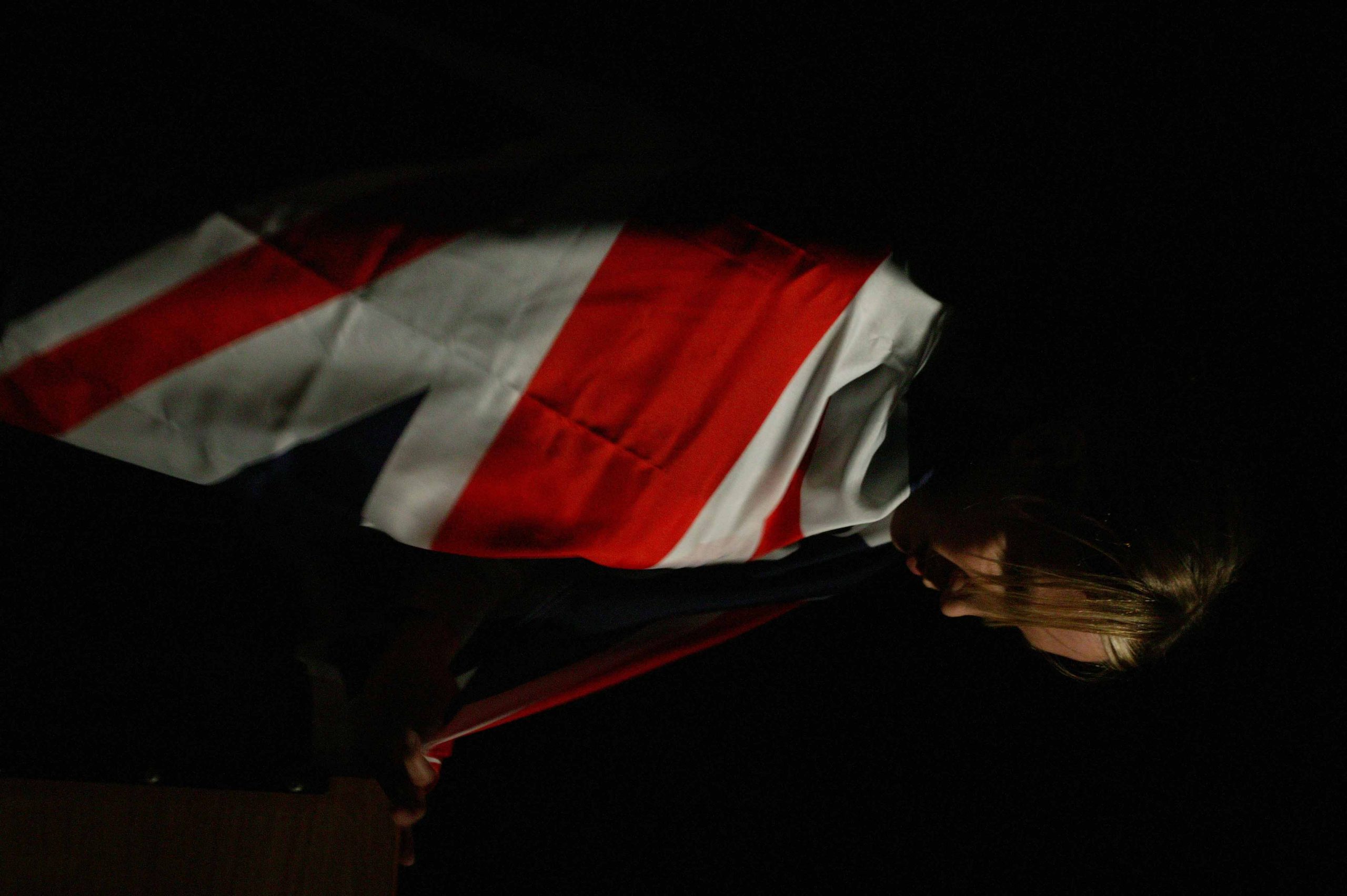